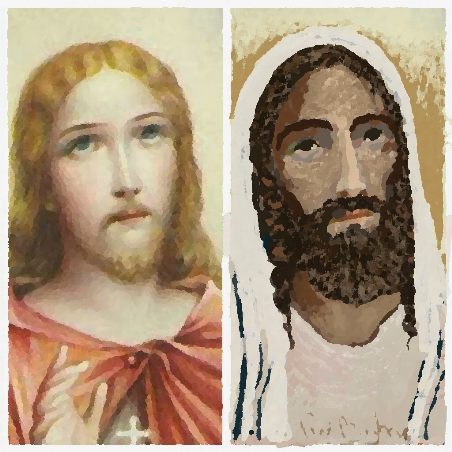 YaHshua is the Name our Savior was named before He was born.  It is His Birth Name, the name He was christened, if you please, when He was presented to the High Priest, at the Temple, on the 8th day after His birth.  The name Jesus did not exist at that time.  In fact, the name Jesus, never spilled from any lip or tongue until around 400 years ago, a good 1,600 years after His Birth and naming by the Angel Gabriel.  When Gabriel was sent to Mary and Joseph and told the Name to Name Him, there were not Greeks or Latins around to challenge this naming.  Gabriel came with a Name from the One who was to be the Father of the Messiah.
Picture it -- a special messenger is sent, to deliver the Name the Heavenly Father wants His Son to be Named, and that name was not JESUS, and it was not the Greek, Insous and it was not the Latin, Isvs, or the English version, Iesvs, later changed to Jesus -- none of these names are anywhere near the Name He was Named.  When you read in your Bible, the name Jesus, know that it is wrong, it is a great blunder by the translators, it is Great Deception, perhaps the greatest deception of all time.
The image of the Son of God changed, dramatically, among the majority of Western Christianity when the Shroud of Turin came to light, and investigations into the image of a man crucified, seemed to be imprinted on a long burial cloth. This image sparked the notion that the Savior of the New Covenant was a Jew.  Imagine that?  Not that long ago the image of the Messiah was pictured as anything but a Jew.  His original image was changed to a blonde, blue-eyed, Northern European guy, and this along with changing His Hebrew/Jewish name to a name of questionable origins.  Modern images and statuary have changed to meet the change back to an image that is much more correct.  Now, what about His Birth Name?  We see more people and pastors and preachers and teachers using names closer to His Birth name with each passing decade.  But, how many are taking this deception seriously? Not very many, considering the Christian population around the world. How can a verse like this one be ignored?
Act 4:12 Neither is there salvation in any other: for there is none other name under heaven given among men, whereby we must be saved.
Rom 10:13-14  For whosoever shall call upon the Name of the Lord shall be saved.  How then shall they call on him in whom they have not believed? And how shall they believe in Him of whom they have not heard? and how shall they hear without a preacher?

Preacher, from the original Greek by Definition:
1. to be a herald, to officiate as a herald
2. to publish, proclaim openly: something which has been done

Everyone knows the name of their god, right?  What if the name of the God you believe to be the God of all things, the Creator of all things, is not what you have been told, say, for all of your life?  Would you call that a deception, a Lie, or both?  Even the Bible you use challenges you to answer this quesiton, and to answer it correctly --
(Pro 30:4)  Who hath ascended up into heaven, or descended? Who has gathered the wind in his fists? Who has bound the waters in a garment? Who has established all the ends of the earth? What is His Name, and what is His son's name, if you can you tell?
dan@servantsofyahshua.com
Back to content